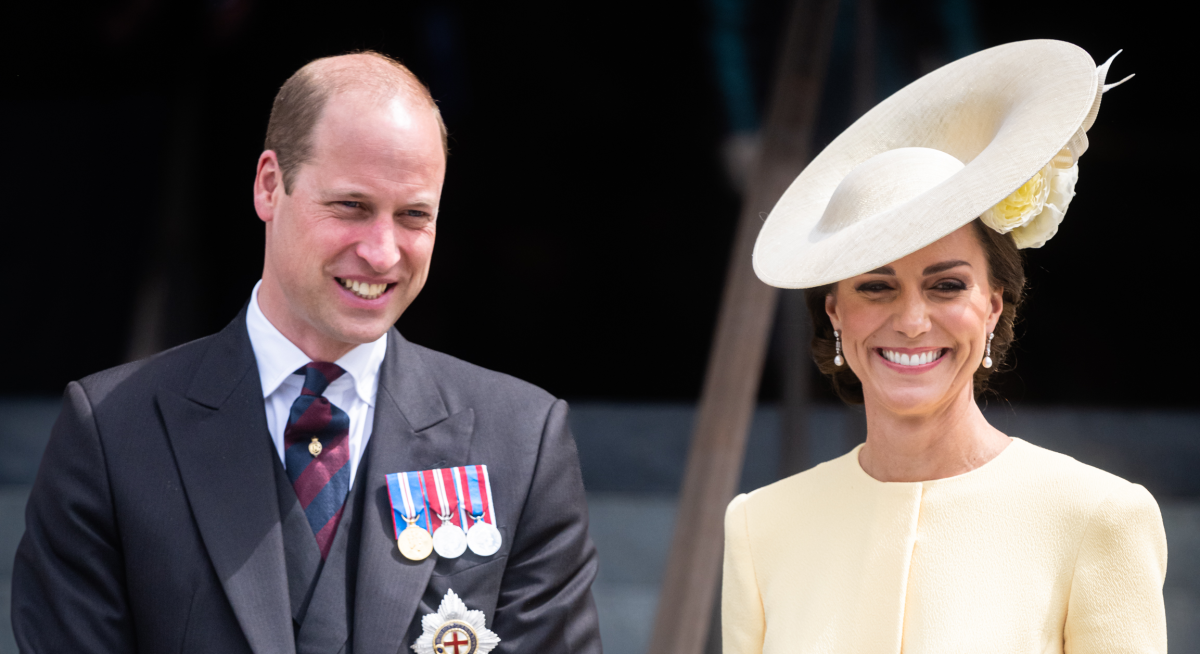 The final decor for the of the Duke and Duchess of Cambridge Kensington Palace drawing room has been revealed.

Fans got a glimpse of the royal couple’s cozy and colorful interior design during a visit by the New Zealand Prime Minister to their London home on Saturday.

In an official photo released from their meeting – showing Jacinda Ardern smiling deep in conversation with the prince – the couple are seated on comfortable cream sofas with embroidered cushions.

There’s an octagonal ottoman with a striking floral print in the foreground, which appears to have been upholstered since Barack Obama was photographed sitting in the same space in 2016.

On this occasion, the flagship piece of furniture sported a cream and gold color scheme, while the sofa was dressed in simpler cushions.

In the background of both meetings, there seems to be the same golden side table, green curtains and a printed carpet.

Read more: The Duke and Duchess of Cambridge dazzle in their first official joint portrait

However, in the latest snap, royal fans can also see several colorful lampshades, ornate vases and a gold mirror.

Share a photo with instagram from the room, Ardern explained that they had discussed a number of topics, including the upcoming Women’s Rugby World Cup.

It appears to be the first time the room has been photographed since then-US President Obama dined at the palace with his wife Michelle.

As well as their apartment at Kensington Palace, the Cambridges split their time between Anmer Hall in Norfolk near Sandringham and a cottage on the Balmoral estate.

Read more: Duchess of Cambridge on her future as Princess of Wales: ‘I’m in good hands’

However, it was reported last month by The Sunday Times that they are soon to move into a property on the grounds of Windsor Castle in Berkshire.

The decision is said to be due to their school plans for their children Prince George, eight, Princess Charlotte, seven, and Prince Louis, four.

Watch: Everything you need to know about Kate and William’s kids